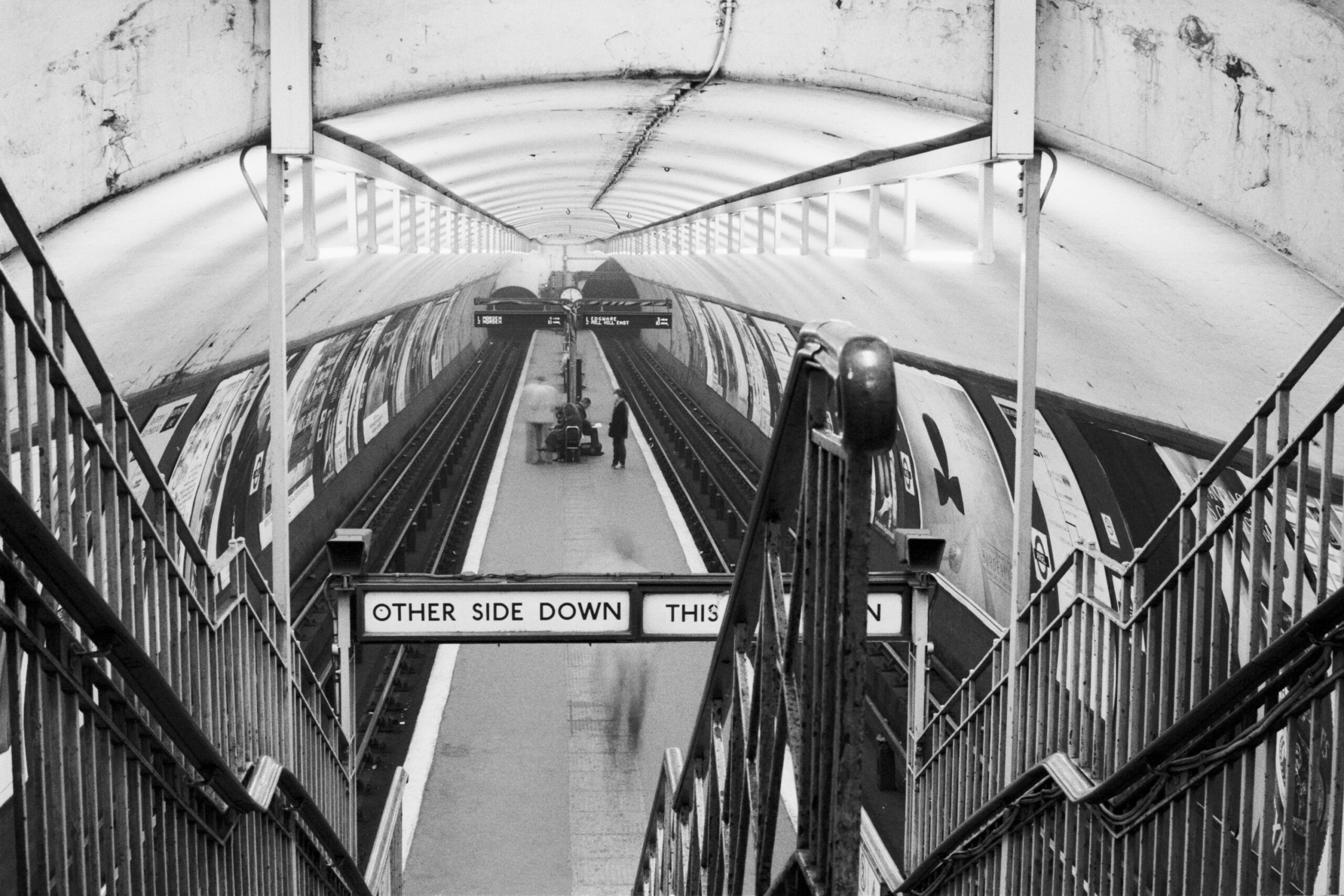 Some snapshots from another time and place… or maybe a love letter to The Tube. When I lived in London back in the mid-late 1980’s I haunted the Tube (London Underground) with my first camera, taking photos of the surreal combination of industrial-grade decrepitude, late Victorian mechanical and electrical engineering, and Dickensian characters. Oh, and the soundscapes I still hear in my mind decades later. These are some of the images I took back then that I’ve recently scanned. They’re mostly black and white, and they’re all pretty poor technically (I had a lot to learn, and taking photos in the Underground wasn’t exactly easy given the light and the laws); editing has been kept to a minimum. There are some obvious obsessions in there, especially Angel underground (my fave Underground haunt, with especially friendly rats and staff (the latter really indulged me — thanks guys from thirty-five years later!)). Just one mostly Northern Line person’s view of a long-gone workaday time and place… I have a lot more, but this’ll do.