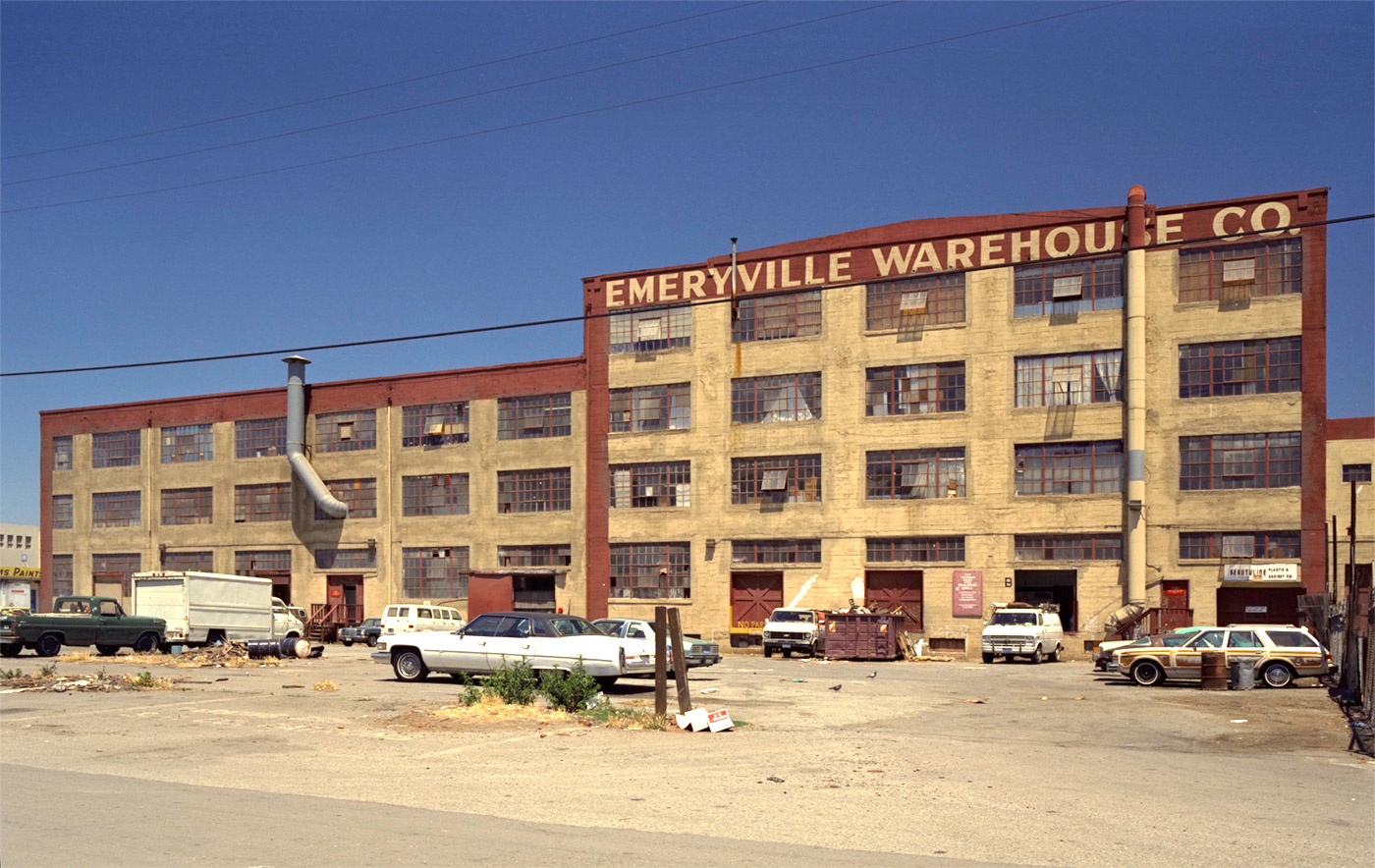 Emeryville is a little over one square mile of urban flatlands and landfill, wedged between Berkeley, Oakland, and the San Francisco Bay in California. Maybe 10,000 or so people live there nowadays, but it was less than half that when I first saw the place in the late 1980’s. Within a year of that I was living and working in E’ville, and although I haven’t lived or worked there now for a long time, I’ve followed the place as it transformed itself from a small city with steelworks, assorted heavy industry, insidious pollution problems, gambling (one of the very few places in California where gambling was legal back then), and a big crime and corruption problem, into a thriving little hi-tech center with a bunch of busy malls, a couple of decent restaurants, and a lot of refurbished factories and warehouses.

Nowadays large parts of Emeryville are indistinguishable from, say, suburban Boston or Sydney, but back then Emeryville was the sort of industrial town that still had working railroad tracks running down the middle of city streets and into the factory sidings. If you wanted to walk from the east side (say Hollis Street) to the west side (what became The Marketplace) you just walked across the main Southern Pacific railroad tracks, sometimes having to step through a stopped freight train. There was no shiny Amtrak station; there were no malls, no Ikea; there was one hotel (the Holiday Inn out on the spit), and a Trader Vic’s. There were no chain restaurants — except for the busy Denny’s down by I-80. There were very few traffic lights that I can remember (there must be dozens of them now). The Town House on Doyle was a rough old sawdust-on-the-floor kinda place where the jukebox played Country unironically and the food was, well, at least edible (we had our monthly company meetings there over a few jugs of beer). The Bavarian Village on Powell served heavy “Bavarian” food and OK beer; it was definitely not a sushi place. Warehouses were (mostly) actually warehouses, but even then there was a thriving art and craft community in warehouses and industrial lofts throughout the city.

Emeryville was where I first fetched up when I moved to California. It seemed a long way from London, in every sense, and I started taking photos of the place almost immediately. These are just a handful of those photos from back then; I have a lot more that I haven’t scanned yet, and that I’ll get around to adding here some time. Plus I’ll probably (one day) do a “before and after” gallery for many of the images — virtually nothing shown here looks anything like this any more, if you can see it at all.