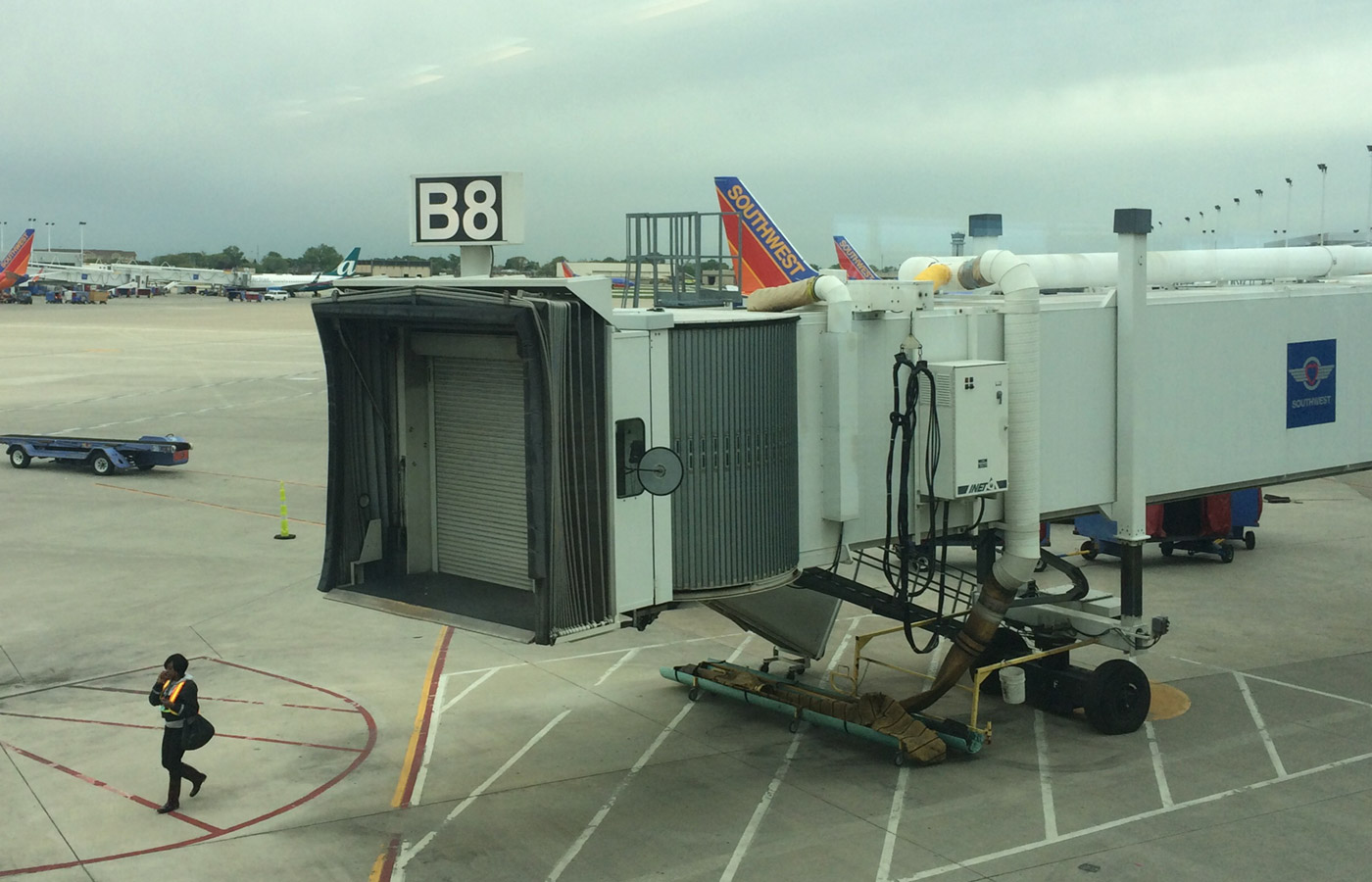 A traveler’s iPhone snapshots of the airport experience in all its confusing and boring glory, from Sydney to La Guardia via Oakland, Burbank, Phoenix, and more.

My job used to involve a lot of air travel. Sometimes it got me to places like Buenos Aires or New York, which was fun, but it was much more likely to get me to Phoenix or Minneapolis or Burbank. So I’d spend a lot of time in airports, waiting for flights, waiting for connecting flights, waiting to be rebooked after the connecting flights were inevitably canceled, etc. But I have a (small-plane) pilot’s license and an instrument rating, so hanging around in airports isn’t as boring as it probably is for most people — I actually enjoy watching the planes being handled on the tarmac or arriving and departing out on the field, and I usually use my iPad’s aviation app to check out the approach and departure plates and the weather for the airport as I’m sitting there watching. But there’s no denying that airports can be boring, especially when you’re sitting or standing there for hours on end, and they’re visually pretty confusing places too, all conflicting reflections and weird-coloured glass.

So I started taking snapshots and instagrams of my air travel experiences, and I’ve put up this Boring Airport Photos gallery with the results. The gallery isn’t so much about airports as such, though, as about the experience of regularly being in airports, of what you can and can’t see through tinted plate glass windows or from an airplane window stuck on the tarmac, etc. (and, by omission, what you can’t see — air travel actually makes it quite difficult to get the Grand Architectural View of airports). And there’s no sociological or architectural or human factors agenda here, just reporting what I see and experience so often. The gallery is also not about the small-plane (General Aviation) airport experience, which I’ll probably  document sometime later, and which I’m also intimately familiar with (eight hours stuck at Camarillo airport with a dead airplane? Been there, done that...).

My fave airport? Oh, Changi, I think, but Burbank (KBUR) is always fun, because it’s so small, so easy to get to, and because you have to walk out onto the apron to get to the planes. And my home airport, Oakland (KOAK), is also a nice little airport, with cheap and convenient parking, and excellent Southwest service to the rest of the US (I always use Oakland rather than San Francisco if I can possibly help it, even if it means changing planes at Denver or Chicago). The worst? It used to be La Guardia, without a doubt, at least among the airports I visited regularly, but the last few times I was there the new terminal made things almost pleasant. Heathrow used to give La Guardia a run for the money, but it’s got a lot better lately.

Both Oakland and Burbank feature heavily in this collection; I’m sure more exotic airports will also get added as I travel more.